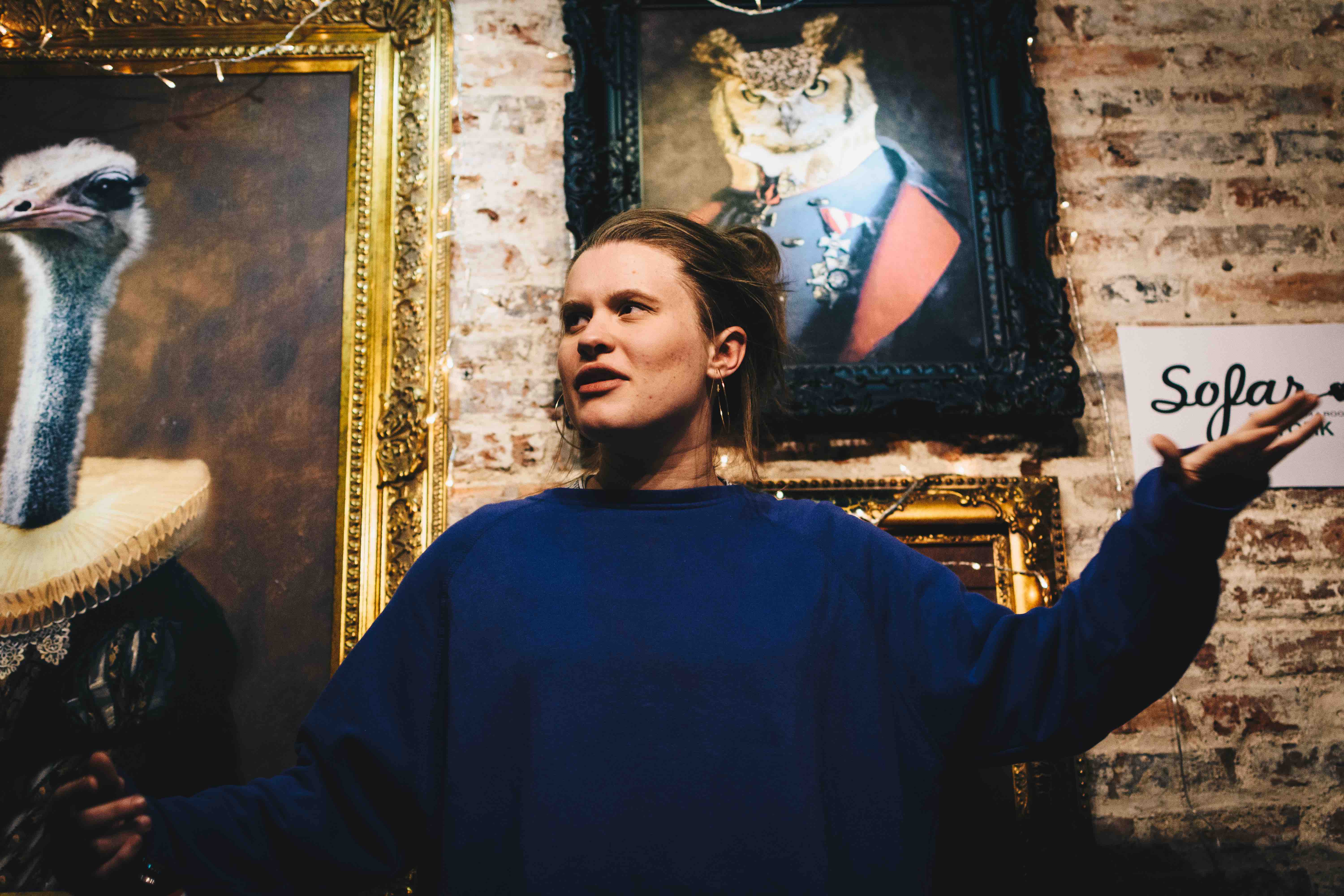 Sophie Shepherd is a poet and performance Artist from Bristol (really Weston-super-Mare) and has been based in York for the past three years.  She has won multiple slams around the North of the Country including York, Leeds and Newcastle whilst studying theatre at The University of York. Most recently she performed on the Minimatt Acoustic Stage at Festival 8 in Lincoln, supported Hollie McNish in York as a part of her Plum Book Tour and performed along side Warda Yassin at the Off the Shelf Literary Festival 2018. Sophie's current book, 'Fighting All the Way' based on the Rights for Women Exhibition in Senate House is on sale at the bookartbookshop near Liverpool Street Station, London. Her poem and video, ' They Really could be beautiful Legs', has been used in Somerset schools to promote body confidence amongst Sixth Form students. She has just completed her MA in Poetic Practice at Royal Holloway.

FEATURED PERFORMER: March the 27th- That's What She Said, London

PAMPHLET RELEASE: SEPTEMBER THE 25TH- That's What She Said, London

FEATURED PERFORMER: October the 17th- Off Yours Poetry Slam - Nation of Shopkeepers- Leeds